The European Girls’ Mathematical Olympiad (EGMO) will be organised in Slovenia in 2023, with the active participation of the University of Primorska, under the auspices of the Slovenian Association of Mathematicians, Physicists and Astronomers (DMFA Slovenije), and with the support of the Ministry of Education, Science and Sport and the Ministry of Labour, Family, Social Affairs and Equal Opportunities. 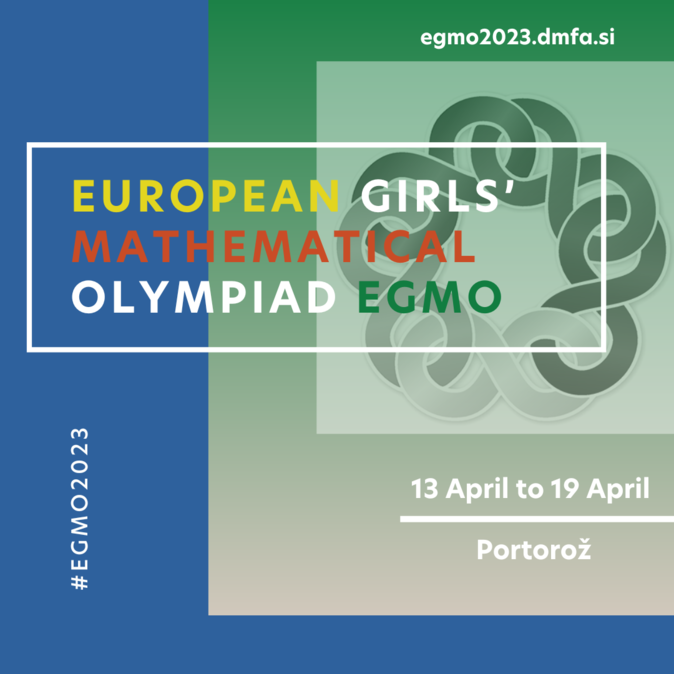 The 12th edition of the EGMO Olympiad will take place in Portorož, 13-19 April 2023, and will bring together mathematics enthusiasts from as many as 60 countries (European and non-European), with a total of around 240 contestants. The DMFA has already hosted the Olympiad in Slovenia in the years 2006 and 2015.

The European Girls’ Mathematical Olympiad (EGMO) is an international competition in mathematics, which addresses female high school students whose commitment to mathematics goes beyond the usual school curriculum. To participate at the EGMO, the students have to qualify at the respective national competition, and later, together with their advisors, the students form national delegations.

The EGMO promotes young scientists, increases the proportion of female students in the International Mathematical Olympiad (IMO) teams, and supports the social, cultural, and interdisciplinary exchange between teenagers from all over the world.

More information about the conference can be found on the dedicated website EGMO2023, where all the details and up-to-date information are available.